Monument "Front dog" opened June 21, 2013 on Poklonnaya Hill on the eve of the Day of Remembrance and Sorrow in Moscow. The dog is depicted on torn tank tracks in memory of animals, who sacrificing their lives destroyed enemy tanks during the Second World War. On its back, there are bags attached, in such dogs were delivered medicines.

On the pedestal of the monument statistics are given: "During the Great Patriotic War, front dogs blew up more than 300 fascist tanks, delivered more than 120,000 combat reports, carried out about 700 thousand wounded from the battlefield." 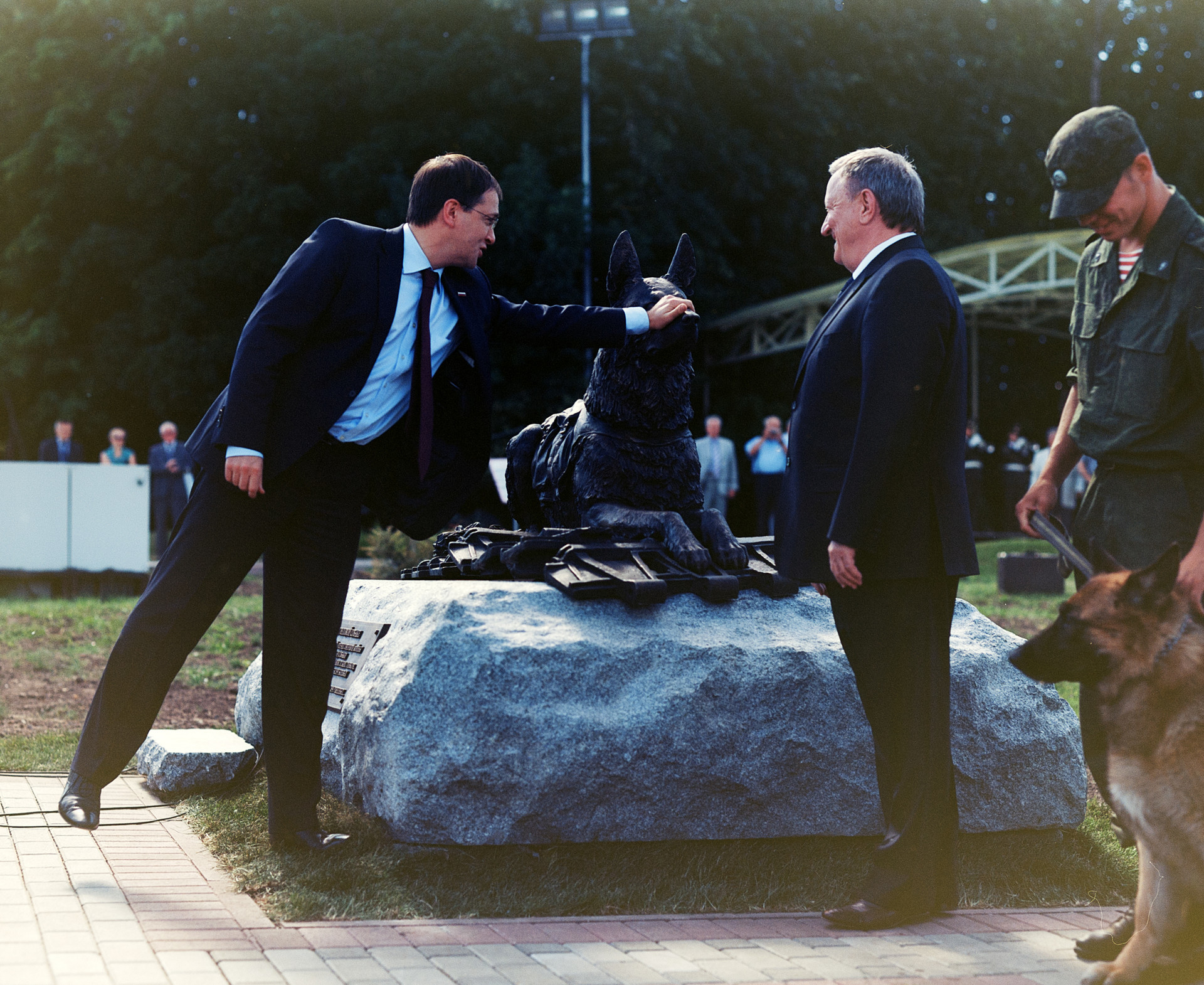